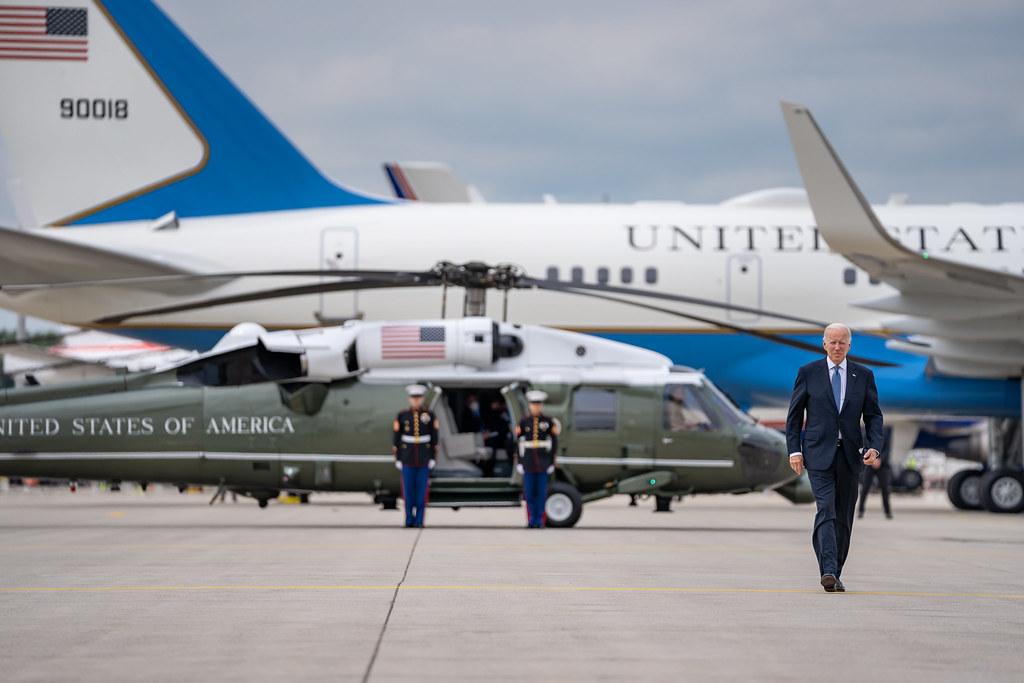 The Biden administration released its long-awaited National Security Strategy (NSS) on 12 October. The strategy is legally mandated, and although the statute calls upon Presidents to produce one annually, recent administrations have published it approximately once every four years. The document lays out key national security priorities, acts as a guidepost for resource allocation, and informs public debate on foreign and security policy. The NSS also has a signalling function vis-à-vis the outside world – it tells friends and adversaries alike to what ends and how the US expects to exercise its still considerable power and influence globally. The NSS will be followed in due course by the unclassified versions of the National Defense Strategy (NDS), Nuclear Posture Review (NPR), and Missile Defense Review (MDR), laying out the Department of Defense’s approach to implementing the NSS.

The publication of the NSS was delayed as the Biden Administration sought to ensure it appropriately fit the scale of the challenge. The President’s preface to the strategy argues that “our world is at an inflection point”. While critics might point out that each successive administration seems to think the US is living through extraordinary times, the reality of Russia’s all-out war in Ukraine presents a major upheaval in great-power relations, impacting those relations across the globe, including the US-China one. When this is mixed with pressing global challenges, particularly the climate crisis, pandemics, and food security, as well as the need to work with competing world powers on these issues, Biden’s depiction is not far off the mark.

Overall, Biden’s strategy reflects a broader, longer-term change in how the US perceives the international environment in the third decade of the 21st century, with America’s “unipolar moment” of the 1990s and early 2000s and the post-9/11 focus on combatting global terrorism receding into the distance.

First and foremost, the strategy picks up on a theme advanced by the Trump administration’s 2017 NSS, namely great power competition – but with importantly altered wording. Per the document, the US “is in the midst of a strategic competition to shape the future of the international order”. This focus on confronting great-power challengers is a far cry from President Obama’s 2015 NSS, which presented the international arena as a smorgasbord, with great power relations just one of many inter- and transnational challenges facing the US, on par with terrorism, failed states, and economic slowdown. In line with the Obama strategies, however, and in contrast to Trump, the power of example, the strength of US democracy and diversity is emphasised as part of the US competitive advantage, when protected and invested in.

As a result, the strategy explicitly blurs the division between domestic politics and foreign policy. While a stark departure from Trump’s pledge to put ‘America First’, the document does reflect concerns that US foreign policy is not delivering for ordinary Americans and argues for prioritising “the strength of our middle class, which is critical to our national security as an engine of economic growth and a key source of democratic vibrance and cohesion”. The focus on the administration’s domestic achievements, including the bipartisan infrastructure law, the CHIPS Act, and the Inflation Reduction Act, as well as impending threats to democracy, illustrate the overarching concern with (re)building the domestic foundations of American power for the next decades. Yet compared to the Interim Strategic Guidance released in March 2021 to guide the administration’s NSS drafting process, the new strategy shifts the focus more toward external challenges. The emphasis on building on and harnessing US strengths by investing at home is still there, but this is much less a foreign policy for the middle class than a vision to “seize this decisive decade” and “outmanoeuvre …geopolitical competitors”.

Third, the new NSS places alliance and partnership networks front and centre, though tied to the belief that US leadership is essential. Per the strategy, “the need for American leadership is as great as it has ever been”. The transatlantic partnership and NATO receive repeated prominent mention; NATO is mentioned twice as many times as in the previous two National Security Strategies put together. Reflecting the changed security situation in Europe and importance of the Nordic/Baltic region in US security thinking, Finland’s and Sweden’s impending NATO accession is mentioned in President Biden’s preface to the strategy, while Arctic security gets its own small section.

However, the transatlantic allies now share pride of place with partners and allies in the Indo-Pacific; nearly every reference to allies includes mention of both geographic regions together. The strategy also makes the globally connected framing explicit: “We place a premium on growing the connective tissue—on technology, trade and security—between our democratic allies and partners in the Indo-Pacific and Europe because we recognize that they are mutually reinforcing and the fates of the two regions are intertwined.” Given that China is identified as the “pacing challenge” and Russia the “acute threat” especially in the long-term, Europe is not the focal point of US strategy, though it remains a focus.

For European states, as well as NATO and the EU, the new security strategy raises a number of expectations that the US has for its partners and allies in the global security environment of the 2020s. For Europeans it is important to avoid overblown “the Americans are leaving” -rhetoric and recognise that the US will continue to support European allies and partners. At the same time, the US is rightfully expecting more, particularly regarding the defence and security of Europe: “we will count on our Allies to continue assuming greater responsibility by increasing their spending, capabilities, and contributions.”

European allies must also find ways to contribute to and increase their own organic connections with Indo-Pacific partners and allies. This does not mean the US is expecting a fleet of European ships to contribute to freedom of navigation operations (FONOPS). What it likely entails is deepening cooperation and coordination in economic and technology matters, including those with dual-use or military implications; the importance of the EU-US trade and technology council (TTC) may increase. Overall, the European Union is mentioned in a far more positive light compared to previous strategies, reflecting the Biden Administration’s understanding of the EU as an important actor and partner in its own right, not only in transatlantic matters but globally. Bi- and minilateral security cooperation between individual European and Indo-Pacific countries would also, in the eyes of the US, be a worthwhile contribution to addressing what it sees as the key arena of strategic competition.

At the same time, the NSS makes it clear that cooperation is necessary on shared challenges. This involves two tracks: engaging with all states and actors/institutions but without linkages to other issues, and deepening co-operation with like-minded states. The issues listed are predictable, with climate and energy security leading, followed by pandemic and biodefence preparations, food insecurity, arms control and non-proliferation, as well as terrorism.  Overall, the importance of terrorism as a national security theme is diminished compared to previous editions of the NSS, with the US clearly intending for its engagement to be more limited than in the past two decades: “Around the world, we will increase cooperation and support to trusted partners, shifting from a strategy that is “U.S.-led, partner-enabled” to one that is “partner-led, U.S.-enabled.”

In the Nordic and Baltic Sea region, the pressure is on. The increasing talk about how Finnish and Swedish NATO membership will enable significantly deeper cooperation across the region sounds good. If all talk of Nordic and to some degree Baltic Sea region cooperation turns into reality, then at least some European allies would be delivering the kind of “responsibility sharing” that this NSS suggests Washington is expecting.

Finally, much depends on how Russia’s war of aggression in Ukraine ends. If the perceived (military) threat of Russia fades markedly in much of Europe, in the face of the near collapse of its conventional military power, then the risk of continuing under-investment in European resilience and capabilities to address a range of threats is likely to continue. For ‘front-line’ states such as Finland, the current framing that focuses on defending the homeland and the territory of neighbouring allies will in the medium-term simply not be enough of a contribution to transatlantic security. 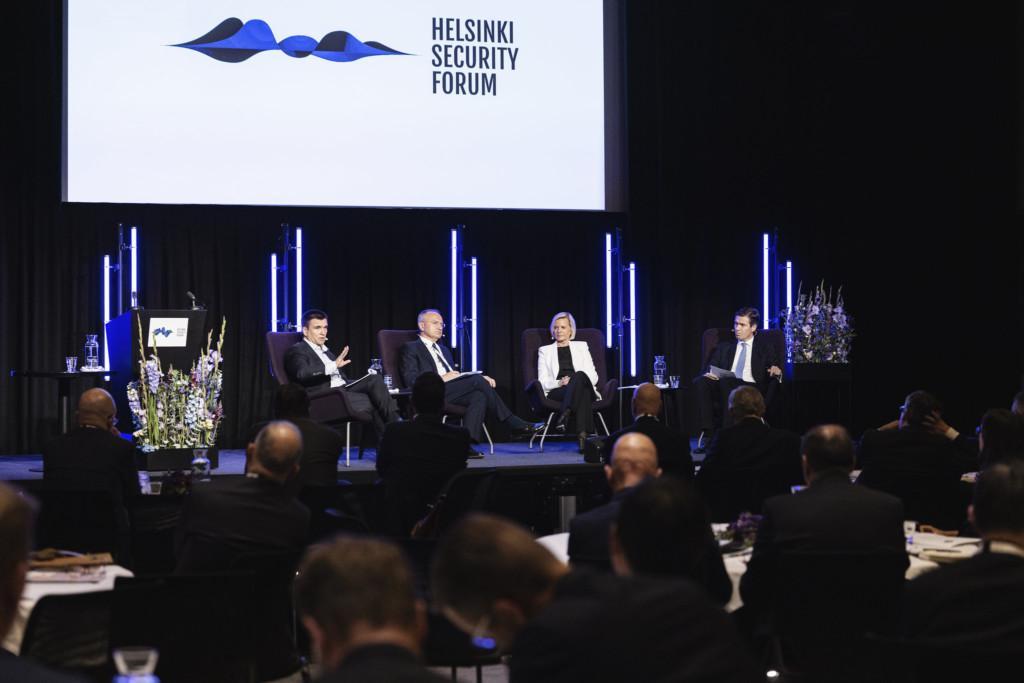 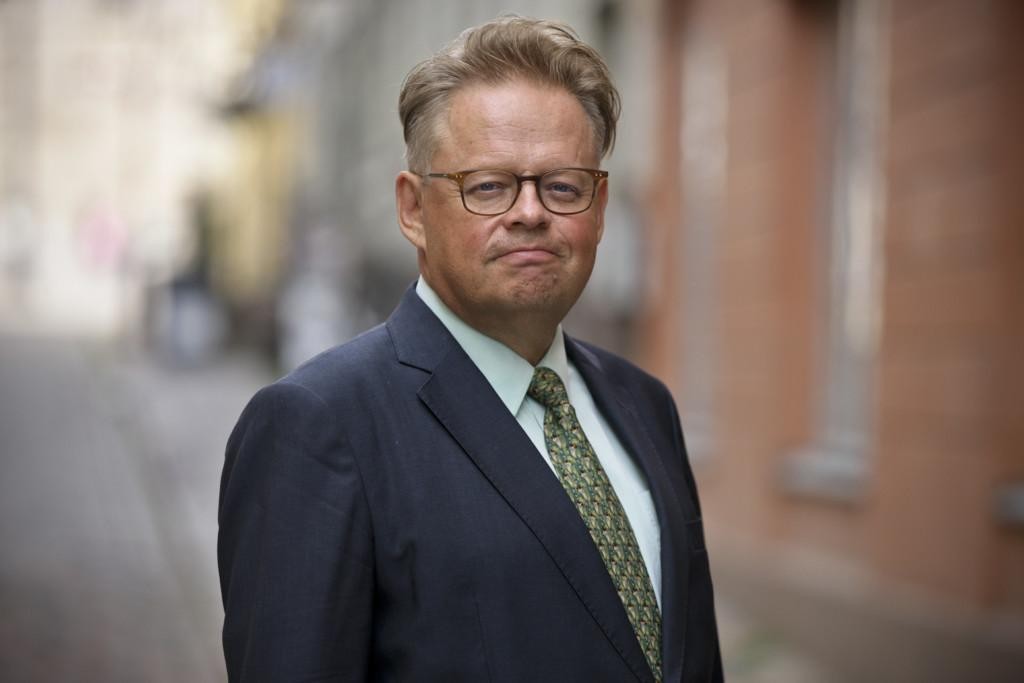 Juhana Vartiainen, Mayor of Helsinki Security is a feeling: a sense that you can be yourself, make your dreams come…